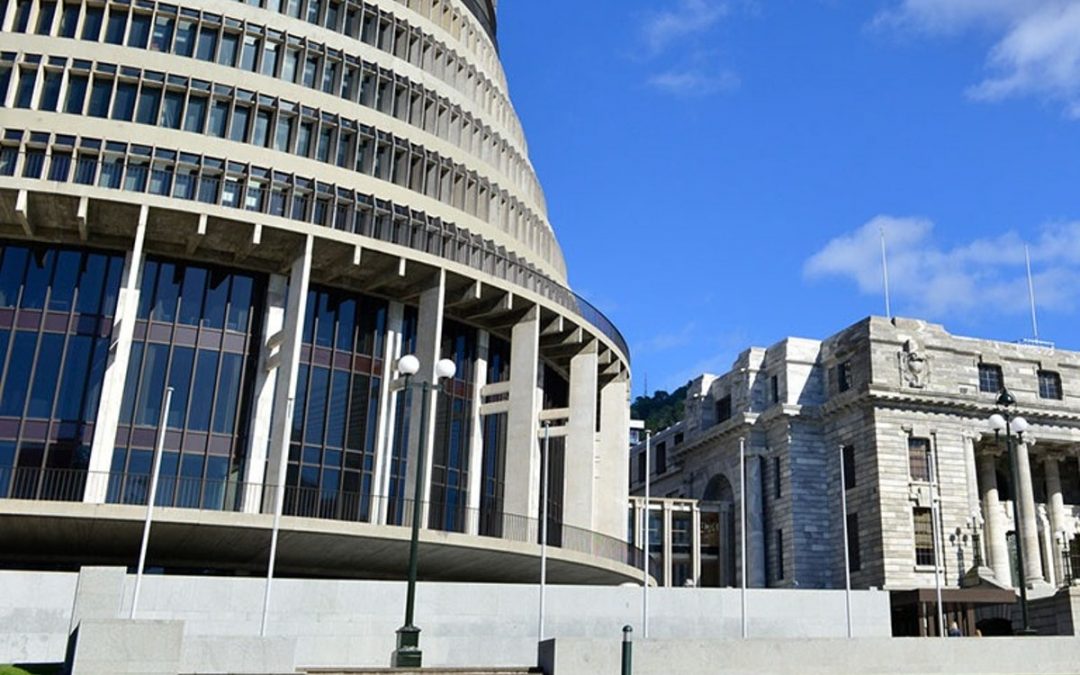 On Tuesday I was at a really interesting talk put on by the ExportNZ through the Chamber of Commerce, and as you would guess, the hot topic was “how is Coronavirus affecting New Zealand’s exports, business and economy?

This is my basic interpretation of the two very intelligent speakers, Westpac Senior Economist Satish Ranchhod and the Executive director of ExportNZ, Catherine Beard.

Last Monday night, our government had a roundtable discussion to determine a strategy and contingency plan around the Coronavirus outbreak and how they will assist. When looking at this, they put the situation into three scenarios. Coronavirus is over quickly, it’s here for six months or it’s a long-term event.

What stimulus do the government authorities have to fight this virus’ impact on the economy? It was discussed that Inland Revenue has some flexibility around tax, especially provisional tax payments. There is going to be $11 million put aside, predominately for the domestic tourism market. The government has also got a surplus in their budget coming up, which could be spent on stimulating the economy. There is also a $4 million boost into the Regional Partner programs, putting more funding into the regions. The government is still expecting to spend $12 billion in infrastructure of which the majority of the work will be carried out by the private sector.

With the Reserve Bank announcing the OCR drop of .5% (official cash rate that makes up the main component of interest rates) this brings the August expected drop back to March. By doing this it will hopefully stimulate the domestic economy which has been weakened from the drought and low exports as a result of the COVID 19 virus.  It’s predicted there will be another two drops within the year.

Currently, there are thousands of New Zealanders self-isolating themselves, which could start impacting our economy through reduced spending and less productivity, especially if this number increases. However, not all is bad news. Australia has been infected with the Coronavirus for quite some time now and have managed to keep the virus contained, which gives New Zealand hope if we get a further outbreak.

Some of the major groups affected are:

Statistics NZ says half of New Zealand’s meat exports normally going directly to China is down and that’s a whopping $93m reduction. This will really hurt New Zealand meat producers if China continues to keep its import consumption low. Since last week the Government has announced our export market has had over a $300 million reduction in exports out of New Zealand.

However, exports are still going to China, but slowly. There is good news for the dairy & kiwifruit industry as China is prioritising food imports, however the cost of holding containers in ports costs money in power of over $1,000 – $2,000 daily. Determining if your container is worth the wait is something business owners are having to weigh up.

People are back to work in China and the majority of industries are starting up again, but slowly.  Luckily for New Zealand business importers, many had pre-ordered their stock before Christmas, so the impact of China basically being shut down had a slower impact to New Zealand businesses than it could have if the outbreak had happened a few months earlier.

The most affected industries in New Zealand are tourism, meat & beverage, logs, foreign students, perishable food like lobster & companies with high dependence on China such as manufacturing exporters waiting on components, or labelling & packaging etc.

It’s predicted that the first quarter of this year will show a fall in any GDP (gross domestic product) growth, but will come in higher for the later three quarters, ending in an overall year GDP of around 2%.  By the end of 2021 this is expected to hit 3.4%, which is above the expected average of the world of 3.2%. 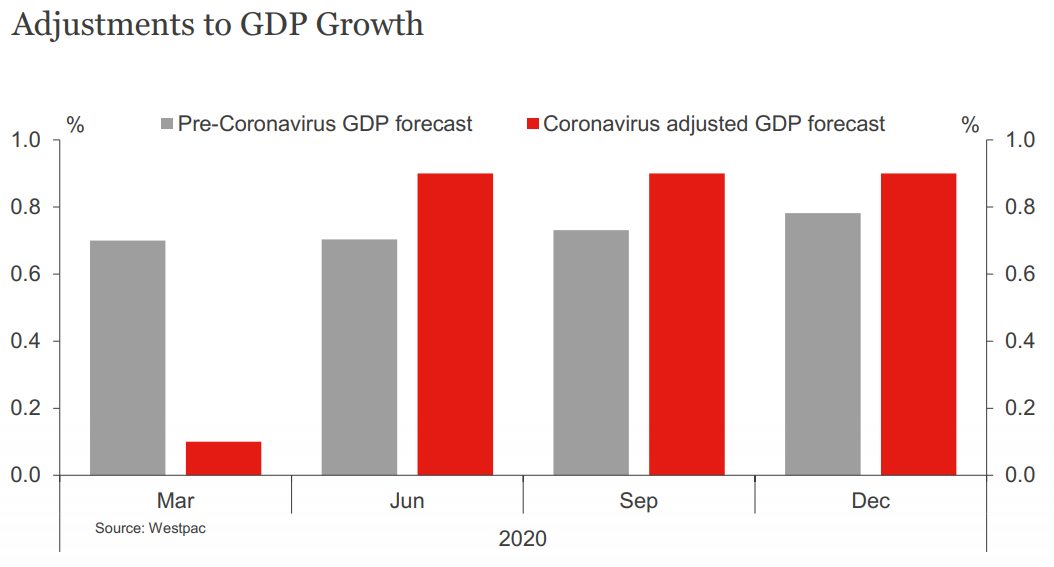 Since last week there has been talk of a recession. For this to occur there needs to be two consecutive quarters of negative GDP growth.

On a local economy front:

We are at our lowest unemployment rate Canterbury has ever had at only 3.6% unemployment.
Our housing market is up 3%, lower than the country’s average of 10% growth, but this is likely a catch-up phase from when we had our huge growth in house prices from the earthquakes.

America is looking to have a healthy boost to their financial markets if Donald Trump gets re-elected, driving their markets further up. Their financial equities are also healthy and aren’t expected to have a financial shut down like in the GFC (global financial crisis). But since our talk last week the volatility on the three major US stock indexes have dropped significantly.

The Government’s announcement package for Business yesterday was similar to what they had already announced except:
1. They are getting government agencies to speed up their payment times when buying goods or services from businesses – a payment time of 10 days rather than on the 20th of each month.
2. There will be rapid response teams at the Ministry of Social Development established to assist workers whose positions are disestablished into other employment.
3. The Government has met with the major banks and Inland Revenue to ease the financial pressure on businesses impacted by this situation.
4. Wage subsidies for businesses hardest hit similar to the wage subsidies offered after the Canterbury and Kaikoura earthquakes. There are no specifics yet on how this will roll out.

Set up a contingency plan for your business now:
1. How can your business operate without all its people at work, in isolation?
My contingency plan is laptops for everyone, cloud-based networking with software downloaded ready to go, including a cloud-based backup.
If you are a manufacturer and rely on a team at your premises, how can this run with a skeleton team, shift work etc.?
2. Is it time to think about more technology, especially with interest rates so low? What’s the output comparison – humans vs technology?
3. Get a pre-approved overdraft just in case.
4. Build up your consumables and stock. Remember China is now up and running but which country is next to close its boarders. This could even be within New Zealand. You can just about predict this within a week, like Italy this week, their cases were increasing dramatically and areas are now in isolation. Be ready with a different supply chain and/or stock up. This is what you could use the overdraft facility for as well.
5. Remember the wage subsidy availability and contact us, the Chamber of Commerce and other agencies that support business for anything specific for your industry or situation
6. Only pay provisional tax on 7th May that is based on your actual profit rather than on standard method, which could be majorly overstated. Majority of Accounting Solutions’ clients will be fine as this is how we work your provisional tax out anyway. It’s no use overpaying Inland Revenue and waiting a long time for a refund. We worked closely with Inland Revenue at the time of the earthquakes and got businesses back on track, they were brilliant and have a great debt management team.
7. Come up with a cleanliness procedure at work. Have someone champion this that thrives on cleanliness and have them train the team on awareness around hygiene, washing, contact with others. If anyone is travelling, even domestically, discuss awareness around handshakes, hugs and typical surfaces. Get your team to take these procedures home to the family.
8. Think about people travelling, do they need to and what’s your work requirement on them isolating on their return? Can they still work from home and be of use?
9. Keep an eye on cash flow and profit (remember it’s profit that turns into cash flow). Know your daily and weekly production. You may have plenty of cash flow, so are not aware of a real slow down and the damage this can do to your business and its survival. Awareness allows good decision making.
10. We continually carry on the same until we have to change. Be proactive and have a serious major look at how to restructure and change your business model, rather than just get by, be innovative and look at the world leaders in your industry or maybe become the world leader. See this as an opportunity for proactive innovative change and make the most of those low interest rates and support.